I read novels for entertainment and escape from everyday life. Since I started writing in 2009, I read them differently. Now, I also look for what works—and what doesn’t—for my tastes. And I’ve made a discovery.

I learn more about writing from books I don’t like than from those I enjoy. And the book I just finished reading taught me a lot about my own drafts. I won’t say which one I read, but it was science fiction about time travel. Yes, I was checking out the competition.

Writers are told to begin with action. I was dropped into the action, all right. People hurriedly preparing for assignments, running into colleagues, but never the ones they sought. Changes in plans were everywhere and everyone was complaining. And me? I was floundering. Hey, author—slow down. Who are these people? Why are they time traveling? Can we meet fewer main characters first? It’s the 21st century. Don’t they have cell phones? Shouldn’t someone ask what’s going on with all these changes? Those are just some of my questions from the first two chapters.

What did my test readers say about my initial drafts of Death Out of Time? — Who are these time travelers and what are they up to? You’re jumping around so much at the beginning, I can’t get a handle on the main characters. Hmm.

Writers have to provide enough information for readers to connect with the characters and story. Yes, I’ve revised my opening chapters.

I had a hard time keeping track of all the characters. Using my Kindle’s x-ray feature, I learned there were 120 characters or people mentioned. No wonder I couldn’t keep anyone straight. And some characters popped up in the middle of the book with point of view status. But I don’t think I met them before. I didn’t recognize them as “undercover versions” of the previously identified Main Characters. Then they disappeared. I’m still not sure who they were or what their purpose was.

What else did my test readers say? — You’ve got a lot of characters. I had to keep going back to remind myself who they were. Too many have POV status, including some that don’t appear until late in the book.

I had 61 characters originally. So far, 19 have been cut, leaving 42. Fourteen had POV status. We’re down to six. This is far more manageable. Some minor characters are now unnamed, letting the reader know they aren’t important to the larger story. They’re clearly “potted plants” in the room. 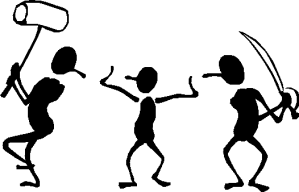 Much of this book is set in a particular historic time. And the author goes into excruciating details. Hey, some detail is needed. And I don’t begrudge an author a chance to showcase his research skills. But don’t overdo it. I was skimming sections in no time to find some action. I’m someone who doesn’t mind more details than the average reader. If you lose me, you’ve lost a lot of readers. If the author had cut half of this information, a “sequel” wouldn’t be needed.

So guess what test readers pointed out in my work — You dump a lot of information in some sections. Some dialogue provides information to the reader, but the speakers already know it. They shouldn’t be talking this way. The story slows down when you present big chunks of history or details.

You bet I’m working on this.

Finally, authors are told to put Main Characters through hell, and then send them back for more. This provides tension to keep the reader engaged. How will the Mains pull through? This is good storytelling. However, I wish I’d see more “expert advice” that warns writers — don’t overdo it.

Everything these characters tried to do was derailed. And I mean everything. Yes, Robin, I mean tried. Nothing went as planned. Was the writer making a point that Time will keep you from changing the past? Possibly. But I’d been hit over the head so many times with all these failures that my brain hurt. Cut some of these scenes, too, and two books wouldn’t be needed to tell the tale.

I haven’t overdone the tension in my drafts. In fact, I’ve been told I need to add more. But I refuse to make Job’s life look easy by comparison. 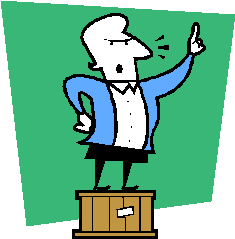 Okay, enough ranting. But this book reinforced the importance of reading to become a better writer. Many writers in the audience already know this, although a refresher doesn’t hurt. And I hope non-writers enjoy a peek into the behind-the-scenes-work that goes into your favorite books. Few good writers spend their days sipping cocktails on a beach with the Muse. Instead, they’re hard at work, writing your new favorite story.

Readers—what do writers do that make you toss their books aside in boredom or frustration?

58 thoughts on “Learning From A Book I Didn’t Enjoy”