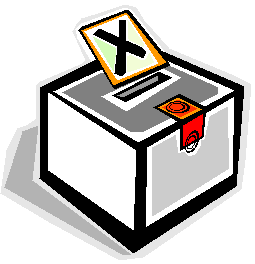 Two weeks of poll results are in for the first post in this occasional series. On a personal note, that post became my first to garner more than 100 comments. Of course, half of those are my responses to other comments. Still, it’s nice to top that century mark for the first time.

Depending on the number of views my fellow bloggers typically get, these numbers might impress you—or make you laugh. Either way, 49 readers graciously took time to answer my three questions two weeks ago. At the very least, that number qualifies as a statistically valid sample. So these results have meaning. (Okay, maybe not in the grand scheme of the multiverse, but in terms of this blog post at least.)

What do we see in this sample of responses from Blogland? Let’s check the numbers. Our first question was:

Are You a Formal or Casual Follower?

The overwhelming response was formal following. Now, this might be deceptive. Casual followers may not have seen the post and thus didn’t reply. Or they may choose not to sign up by email or with the blog host and so can’t respond to a poll or make a comment. But 42 readers replied that they follow formally. The four “other” responses might also fall in this category. I didn’t include the “Reader” option in WordPress, so some might have chosen “other” as a response. Three people, at least, follow casually by bookmarking blogs they like or simply browsing around.

That’s a relief. I’d have really felt guilty and incompetent if others could comment regularly on 200 blogs while raising a family, working 9 to 5, and writing novels.

And our final question was: 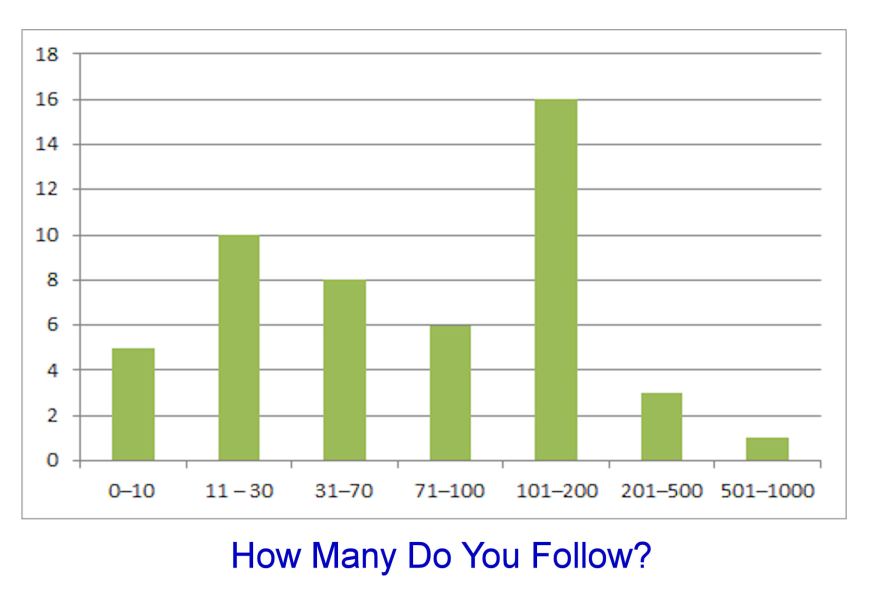 At first, I though 101-200 blogs would run away from the pack like Secretariat in the 1975 Belmont Stakes. It still won, but  only by 6 votes, not 31 lengths. At the end, 11-30 blogs made it a race with 10 readers. Based on the comments, I think we’re seeing a blend of newer and more established bloggers/readers in the responses. But I’m impressed with the restraint in following shown by some newer bloggers. They commented that they don’t have unlimited time for blogging and that their other creative endeavors need to take precedence. Some of us who have been at this longer could learn something here.

The Comments Were Amazing

Much as I enjoyed seeing the poll numbers add up, what I really liked was all the insightful and thoughtful comments that so many of you shared. Did you go back and read them? Trust me, it takes a while!

If you did, you know what stands out. Everyone who commented on this post strikes me as conscientious, polite, nice, thoughtful, respectful, and a host of other good adjectives. As a group, we tend to feel guilty about not following someone who follows us. It bothers us when we can’t comment as often as we’d like. And we all recognize our blogging time is limited and has to fit into our overall lives. Most of us are struggling to find that balance, though. And many of us appreciate the bloggers who limit the posts to three or fewer per week. It’s easier to follow and interact with those bloggers.

In the not-too-distant future, I’m going to do a post related to this topic—how do readers decide when and how to comment. I hope you’ll share your thoughts on that one, too.

Did these results surprise you? Do you see yourself in other readers’ comments? Are you rethinking your posting frequency or following habits? Other thoughts?