Last week, Musefly Writing Studio posted an excellent discussion on settings in a story. After reading it, I realized I hadn’t included any images lately of the settings in my WIPs. So I thought I’d take some time today to share a few photos that my characters could have taken. But first, a little background for newer readers and anyone who’s forgotten what I write about.

Each of my stories so far features an archaeologist as a main character. For Death Out of Time, that’s Madeleine O’Brien. In Summer at the Crossroads, we have Katharine “Kat” Donnelly. And in Meghan Bode’s stories, well, you can guess. From these names, it’s also clear each is a woman. These stories are also set mainly in Virginia and Washington, DC. So how about we take a look at some of the sights (and sites) in the lives of these characters?

Death Out of Time opens in a setting very much like you see in the photo below. The trees would be farther away, however. Madeleine doesn’t know how her life is about to change forever, all as the result of a “straightforward” archaeological excavation. 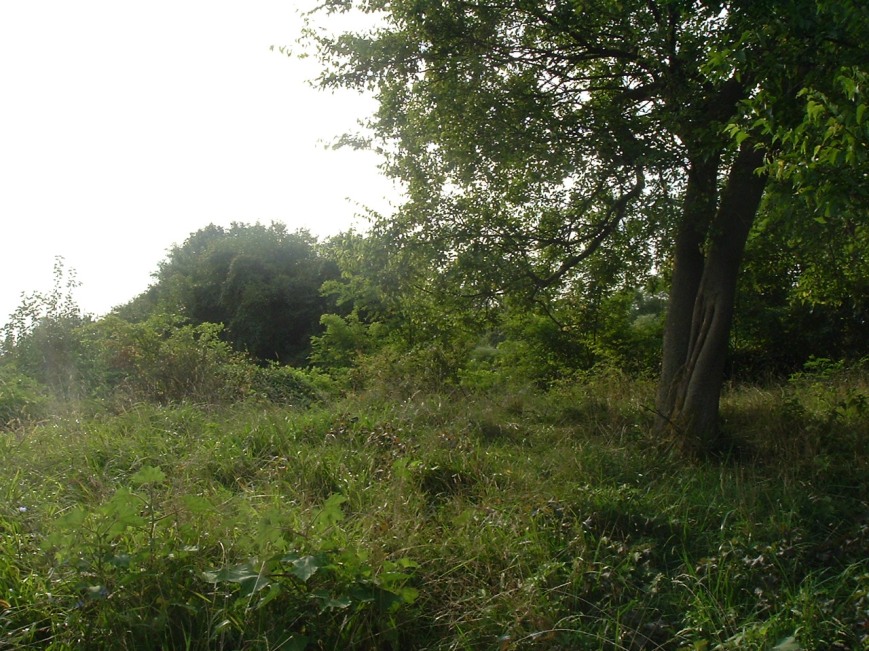 An old pasture. Death Out of Time opens in Loudoun County, Virginia, in a similar setting with fewer trees.

Madeleine is wrapping up her excavations, so she doesn’t stay in the field for long. The action soon moves to her lab, which looks a lot like the one in the following photos. Actually, I’ll bet Meghan Bode’s lab is similar, too. But Kat Donnelly’s? No. She does fieldwork in Guatemala and can’t bring artifacts back to this country, except for a few samples for specialized tests such as neutron activation analysis. In fact, she might not have a lab at all. 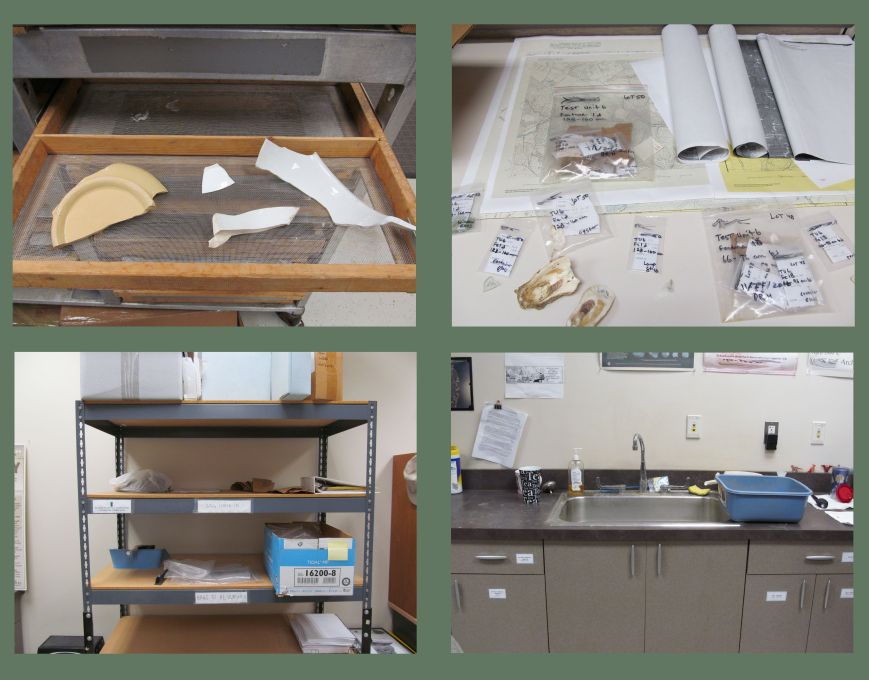 Madeleine and other characters in Death Out of Time also spend time in DC, and Meghan Bode’s novel will take her there. Kat Donnelly of Summer at the Crossroads teaches at one of the DC universities. Both Madeleine and Meghan will spend time in the building below, although for very different reasons. Just because the main characters are archaeologists living and working in the same region doesn’t mean their lives are all that similar. In fact, they’re not. 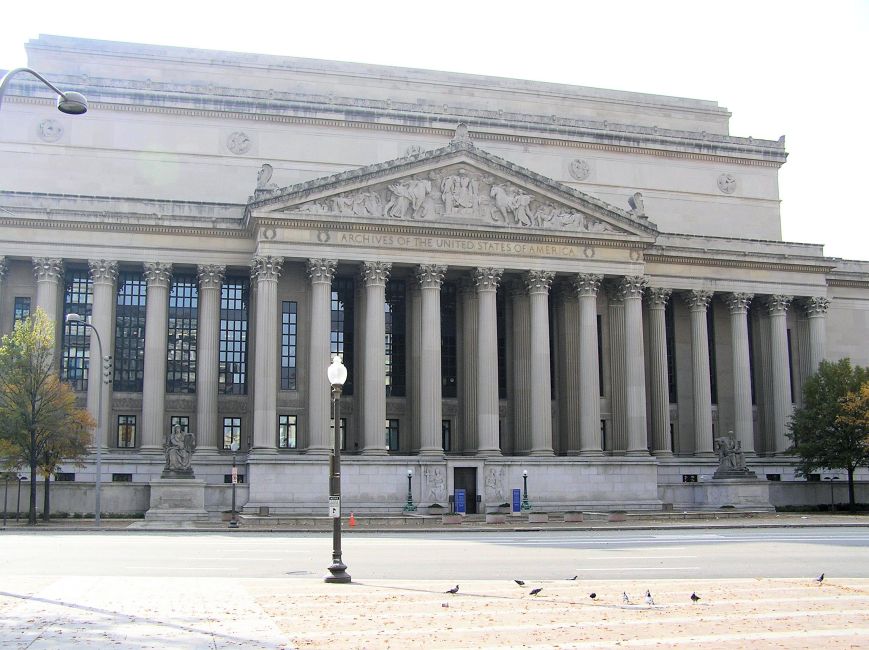 The key to “people-free” photos in DC is to arrive early on a weekend morning—before everything opens.

Madeleine’s trip to DC also includes a stop at the monument below. Depending on how the real repairs go, I’m not sure if it’ll look like the image on the left or the right. The haze and humidity, though, will be more like you see on the right. That’s the difference in air quality between early April (left) and early September (right). 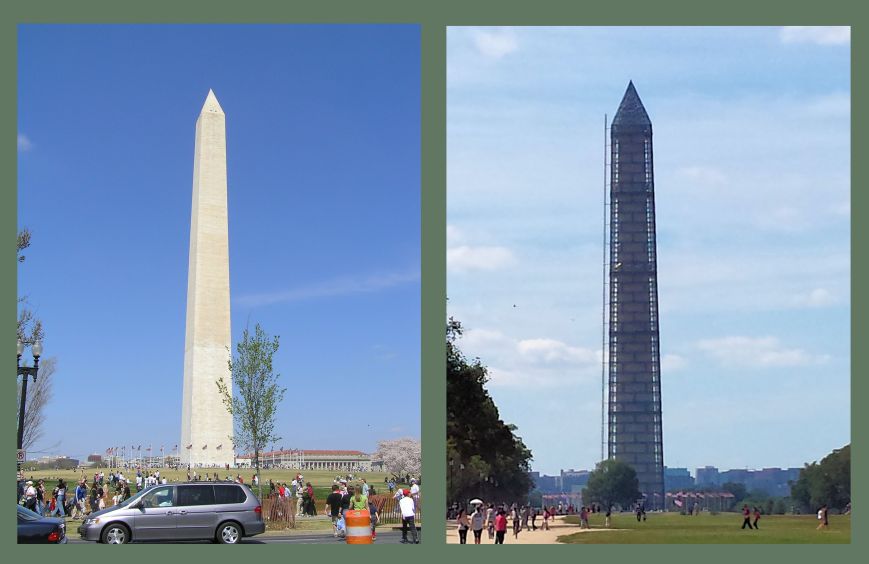 A character in Death Out of Time might see a street like the one below in his job. This is “Colonial Williamsburg” in 2009.  Let’s just say he sees it in another year. 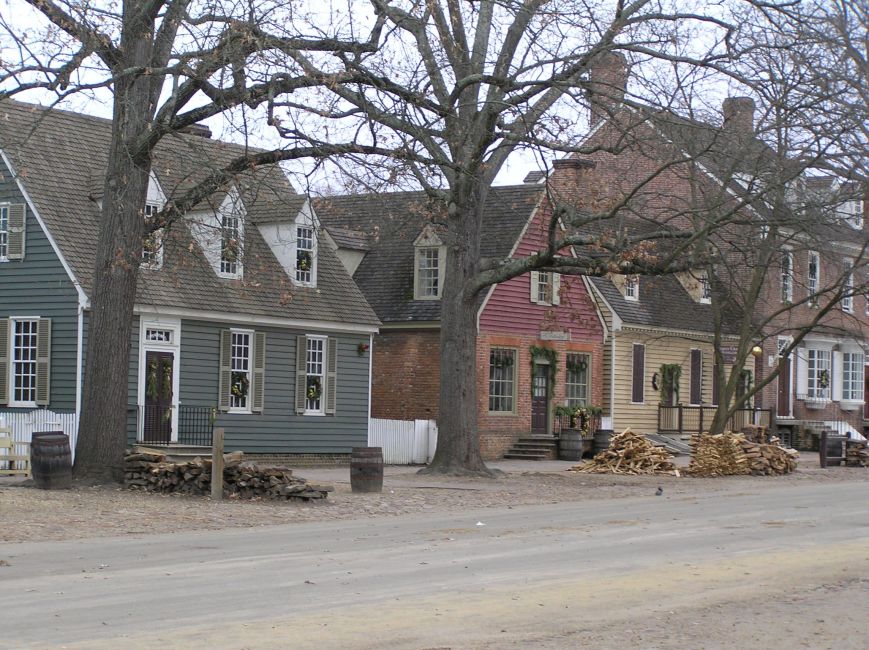 So, there you have some snapshots of my stories’ settings. If I’m successful with my words, images like these will come to a reader’s mind. I have a timetable in mind for completing the first draft of the rebuild of Death Out of Time. Let’s see if I can stick with it….

Do These Three Characters Know Each Other?

A follower asked this question recently in a comment on a post. The short answer is “yes.” The long answer is in the “how.”

Madeleine O’Brien and Kat Donnelly were in graduate school together at Barnett University in Chicago. Barnett is fictional but could be based on one or more real schools. Neither will ever know how much more there is to the other than they could imagine. Kat teaches at a university in DC (so far unnamed) while some years later, Madeleine took a position at Kelson University (fictional) in Arlington, Virginia. Meghan Bode teaches at Custis University (fictional), a private school somewhere south of Arlington. She specializes in Mid-Atlantic historic archaeology and has met Madeleine, who does more general work in the area, at regional conferences. Although both Kat and Meghan know Madeleine, the two haven’t met. But who knows what the future might hold…?

Have I confused you enough for the day?

I hope your projects are all moving forward and that you’re enjoying some beautiful fall (or spring) weather.

56 thoughts on “Some Novel Settings”