As many of you know, I’m rebuilding the first novel I wrote. In fact, we’re coming up on the 5-year anniversary of the day I sat down at the computer and typed out the first words of the first version (14 April 2009). So much has changed since those heady first days when the story was new and my confidence ran high. You might think I would have everything thought out by now for the rebuild. I would be lying if I said I did. 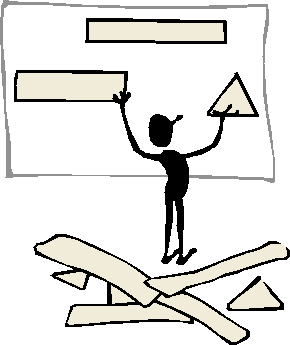 The book has changed in many ways. We still follow “one” character through an event and its impacts in alternate universes. But based on multiple beta comments, there have been major shifts. I’ve revised a version of the character whose main role was to introduce the idea of the multiverse and how we might perceive it and who then appeared again between the alternates, acting as a bridge between them—rather a Greek chorus type of role. But betas suggested she needed a real story of her own. “Setting the scenes” for the characters in the other universes wasn’t enough to hold their interest.

I’ve also dropped one of the three alternate universes—the one that was markedly different from the other two. Readers either liked that story or didn’t. But all said it was just so different from the others. That was what I was after—to show how different we could be in another reality. But it didn’t set the way I hoped. So that universe is gone, and so is everything I first wrote 5 years ago. Yes, that hurts. A lot.

Now, the “Greek chorus” character has her own story that focuses on a common event with those other two universes—no jarring differences for readers now. Readers should also notice a tighter fit to the different parts. But still I have questions. And the one for today’s post is:

How To Structure The Book?

Do I rebuild even the structural skeleton of the book this time around? Should I present each character’s story in full in a linear manner? It would look something like this:

Told this way, there’s less room for confusion. I would have a great big divider between each part, making it obvious to readers that they were moving to another universe. But I see a major problem with this approach. I would need to present all of Catherine’s ideas about the multiverse in one story—her ideas about déjà vu and vivid dreams, how we might be affected by the experiences of our other selves if we intersect with them, and more. Would this be too much of an information dump in a “linked story” that will run ca. 25,000 words? Or should I strip that information to the bare bones? Would readers understand Catherine’s ideas if I did?

Another possibility is to continue to weave Catherine’s story around the others as I originally did. That format looked a lot like this:

I had written the book that way to gradually introduce the reader to the nuances of Catherine’s ideas rather than dumping them all in the opening chapters. Since Catherine’s “story” was set against the backdrop of her hanging out in DC with a visiting friend, I thought it worked well to intersperse their talks around the “main” stories and expand on her ideas over the course of the book. But that seemed to cause difficulty for a number of readers. And I’m afraid dividing up a fuller story will confuse readers. When Catherine had the “chorus” role, her story was shorter.

I still like the idea of a narrator who introduces each larger story. Is a third possibility to have a version of my main character with a very limited role? Something like this:

Maybe  have a physics professor talking about these possibilities in a lecture? And she would only have a couple of pages at a time to do that? Or will betas come back and again say that doesn’t work?

So I’m stumped as to which way will work best. Fortunately, I use Scrivener. And for now I can write each character’s story as if it were standalone. But if I decide to weave Catherine’s adventures around Kat’s and Kathryn’s or introduce a new “chorus,” that’s easy to do with the software.

I’m curious what you, as readers, think of these possible structures and which one you think would work best. So I’d love for you to share your thoughts below.

It’s okay to be honest—really! And it won’t surprise me if replies are scattered across the possibilities. Your answers and comments, though, would help me better visualize my options.

57 thoughts on “Musings On Structuring A Multi-Part Novel”